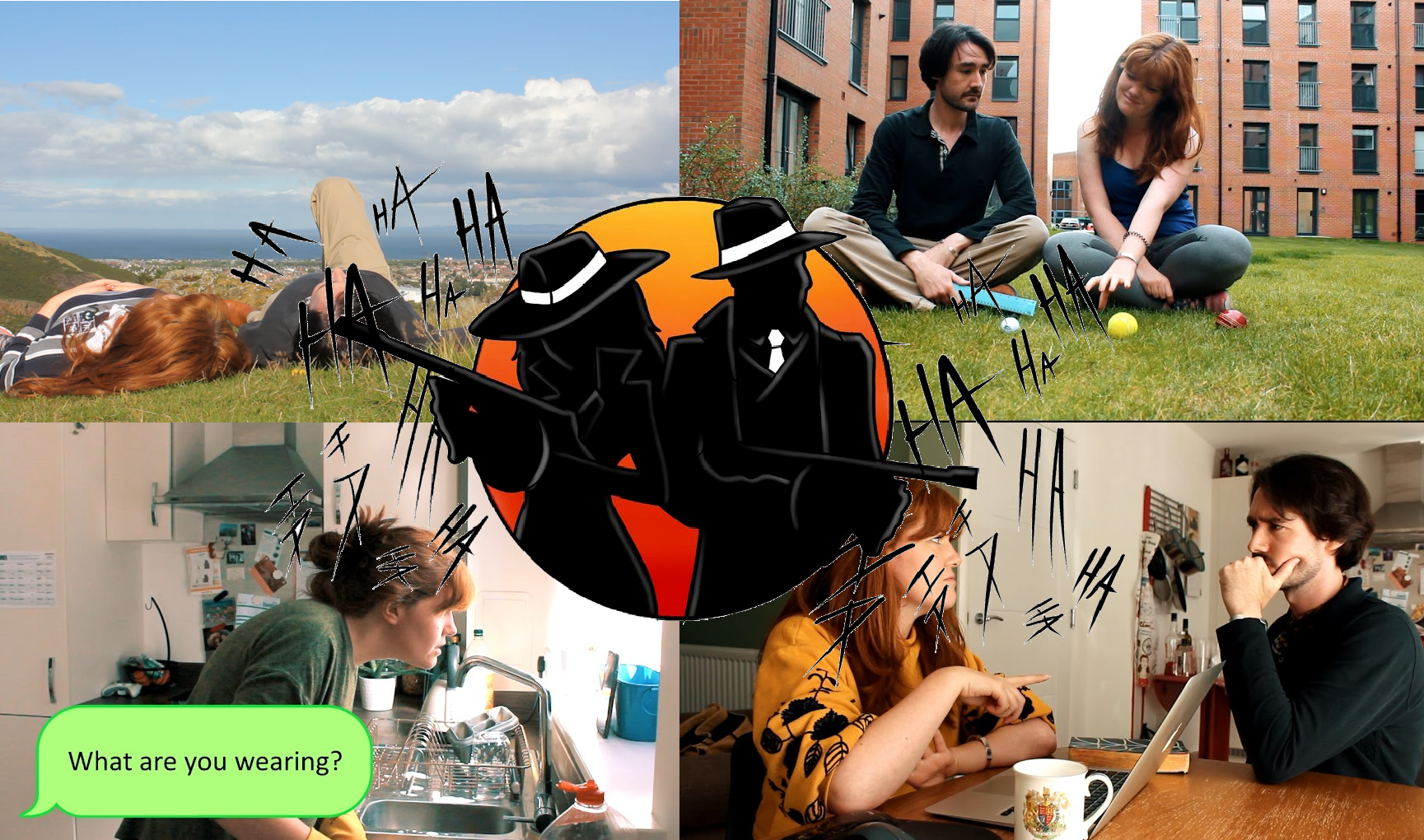 Bonnie and Clydeside are Rebecca Bain and Alex Garrick-Wright, a comedy duo based in Scotland, but 300 miles apart. They’re very annoyed that they won’t get credit for pioneering joke-writing via Zoom.

Rebecca tells everyone she’s half-Scottish, but she lives in Edinburgh and her Mum’s from Fife so it’s like 1/3 at best. She’s the funny one. Rebecca is a comedy robot; good at the process of structuring and writing excellent jokes.

Rebecca at the
British Comedy Guide

Alex is a Glaswegian and won’t shut up about it. He’s the one with the nice hair, and lives on a cold island in the middle of nowhere. Alex is a comedy pirate; good at hilarious ideas, unique characters and massive over-acting.

Alex at the
British Comedy Guide

You can find out more about the work we do here and get in touch with us here!